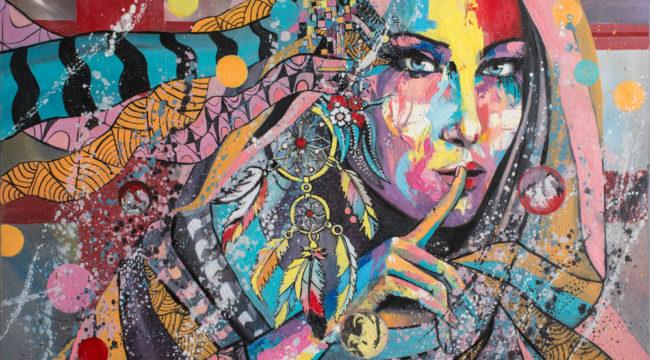 I believe fine art has a place in investors portfolio.

I do a lot of work for the U.S. intelligence community, trying to thwart terrorist finance and transnational actors, as we call them. This includes money laundering, smuggling and arms dealing. This work has made me very familiar with the weight of different forms of wealth.

Gold actually weighs more than that. I like gold as an investment, obviously, but as a store of wealth it’s heavy. Art isn’t.

That’s the funny thing about art, if you think of it in terms of weight. If you have a $100 million painting that weighs a couple pounds, and if you take it out of the frame, roll it up and put it in a backpack, it could be worth $500,000 per ounce.

And it won’t set off metal detectors. So fine art is a a very mobile form of wealth. You get very good weight for value, much more than cash, much more than gold, and it’s easy to move around.

Most people don’t like to think about what would happen if they have to pack up and leave their home. But if they do, a valuable, recognizable museum-quality painting is a much easier way to move wealth around than gold or cash.

If for whatever reason the banking system shuts down, or if there’s a power grid outage, and you’ve got to get on the move, art is a good way to take a lot of money with you in the palm of your hand.

That’s one good reason why I think of art as a good store of wealth.

But how do you get into this market given the high valuations? A multi-millionaire can go out and spend $135 million on a Picasso, hang it on his wall or puts it in a vault. But most people can’t pay $135 million, so what do you do? How can you be in this market at a different price point relative to everyone’s portfolio?

You can. But if you want to be a buyer of art, you need to exercise a lot of care, do a lot of diligence, educate yourself and deal with reputable people.

But for $500,000 or something in that range, you can invest in an art fund. Like any fund, the sponsors and the manager are going to pool the resources of different investors to go out and buy art. And when they sell the art, you’ll get your share.

Now, you’ve got to do due diligence. You might not be diligent on individual pieces, but you must do the due diligence on the fund structure, the manager, what they’re doing with your money, et cetera. Plus, there are good funds and bad funds. And when I say bad, there are conflicts of interest.

Some funds are sponsored by dealers. The dealer manages the fund but on the other hand, the dealer probably has artists that he sponsors or has an inventory. So you’re in a situation where your investing dollars are being used to finance the dealer’s inventory. He’s getting first dibs and you’re getting the dregs, so to speak.

It’s like those Hollywood film deals. People like to invest in these limited partnerships that finance Hollywood films, but somehow they never get Spiderman. They always get the one that’s in the DVD rack at Costco.

But there are excellent funds where those conflicts don’t exist, where the sponsor is not a dealer. They have their own money in the fund, and everyone’s interests are aligned. But you need to look for other things.

For example, is there a mark to market or fee back provision? What that means is, if it’s a five-year fund and the art goes up in the first year, the appraiser comes in at the end of the first year.

He might say, “This art is now more valuable based on my appraisal,” and the manager takes a fee based on that value. But if year four comes and somehow the art’s worth less, they don’t return the fee.

That’s a conflict. So you want a fund where the manager doesn’t take any fees until you get paid. That would be a fund where you put your money in, then wait four years until they sell the art. Then the manager gets his fee and you get your share.

That’s fair because the manager deserves a fee for the performance, but you want it so that he doesn’t get paid until you get paid.

So you have to look for those kinds of features. Those are all design features that are in the offering document. I realize not everybody’s an expert. I don’t want to give legal advice on this call, but those are the kinds of things you need to think about when investing in art.

There are funds out there that pass all those tests — where there’s an alignment of interest and where the sponsor’s not a dealer. That way they’re not taking fees until the art’s actually sold and everyone gets their share at the same time. There’s one in particular that I’m aware of.

It’s called the 20th Century Master’s Collection. I’ll be talking about that more in the future in my newsletter, in Strategic Intelligence. But those are the kinds of things you want to look for. And the fund I mentioned has an interesting feature.

Let’s say you put in, say, $500,000. You’d pool that money with others. The whole fund might be $40 million, or $50 million or upwards of $100 million. They can go out with, say, a $50 million checkbook and buy $1 million, $2 million pieces. They actually have what’s called a rotation where those pieces can be loaned to the investors.

They’ll come to your house and install it with expert installers. Then they’ll come back a year later and maybe install another piece. There are some requirements — you can’t smoke, you need an alarm system, etc. But that’s optional.

My point is, for a $500,000 investment, you can have a $1 million or $2 million museum-quality piece on your wall for your enjoyment and the enjoyment of your friends. It’s on loan from the fund, so it goes back into the fund eventually. But it’s an extra little perk that some of these funds have.

So there are different ways to participate in fine art. You can buy it directly or you can participate through a fund. It’s important to know that, for the fund, it’s like private equity. When you buy in, your money’s going to be locked up for four or five years. Again, you have to read the offering document carefully.

So don’t put any money into it that you’re going to need for the kids’ college education next year. These are not liquid investments, but if you’re looking four or five years ahead, they are good investments in a highly uncertain environment. 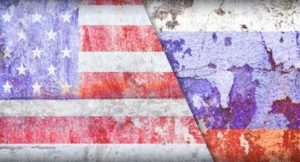 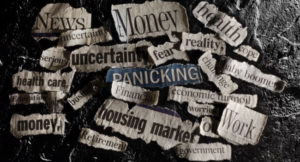 The Elites Are Privately Warning About a Crash 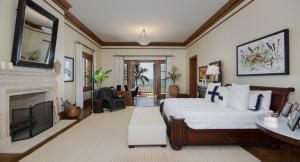